„We need to control our footprint on mother Earth“ The president of Iceland at the opening of the symposium.

The president of Iceland, Guðni Th. Jóhannesson, opened the science symposium Cryosphere 2022 in Harpa concert hall this morning. The Icelandic Meteorological Office (IMO) is organizing the conference focusing on ice and snow in a warming world. About 330 scientists participate in the symposium from 33 countries of 6 continents.

Guðni Th. Jóhannesson welcomed the scientists to Iceland, a country which is all about ice, snow and water, „we are the only country with the word „ice“ in its name. I welcome you all, in particular those who have come from abroad. I hope you have a nice time here in Iceland. I hope you will feel the warmth here – even though there is little or no volcanic activity going on as we speak, and even though we worry about a warming world. There is good warmth and there is bad warmth“ Mr. Jóhannesson said.

„We need to control our footprint on mother earth. We need to base our steps on the wisdom that science brings. Our science must be based on observations and arguments, established methods and healthy scepticism, frank exchange of ideas and information, and constant interaction between experts and academia on the one hand, and policy makers and the general public on the other“, Mr. Jóhannesson said as he declared the symposium open.

Guðlaugur Þór Þórðarson, minister of the environment, energy and climate, agreed with the president on the importance of science. „We need more cryosphere science. There is much we do not know, from the likelihood of Antarctic ice shelves collapsing, to the effect of glacial melt on the Gulf stream. Better science is important for developing policy“, the minister said in his speech.

„But we know enough to see that we must act. Outright climate skepticism is rare nowadays. The evidence is simply too overwhelming. We can not be complacent. And this is where cryosphere experts need to get the message across“, said Þórðarson.

General Secretary of the World Meteorological Office, Petteri Taalas, addressed the meeting and used the opportunity to congratulate the IMO with a great symposium, and said that meteorological offices were key institutions in communicating climate change and to warn about the possible consequences.  This includes, natural hazard warnings that the IMO publishes and have been developed in recent years, said Petteri Taals. „ It is important to keep developing these warnings and the systems upon which they rely on, such that they cover all climate related hazards, and this needs to be done globally.”

Leading scientists among the spekaers

During the first day, leading scientsists presented overviews on the big ice sheets of Greenland and Antarctica, our warming climate and history of climate change. The influence of warming on hydrology in the Arctic, distribution of sea ice and the interaction of humans and the cryosphere. There will be talks on the effect on the Himalayan mountain range and the big Asian rivers. One of the leading authors of the United Nations IPCC report will present the latest result of the scientitific working group.

Here you can read more about the conference and get the latest news. 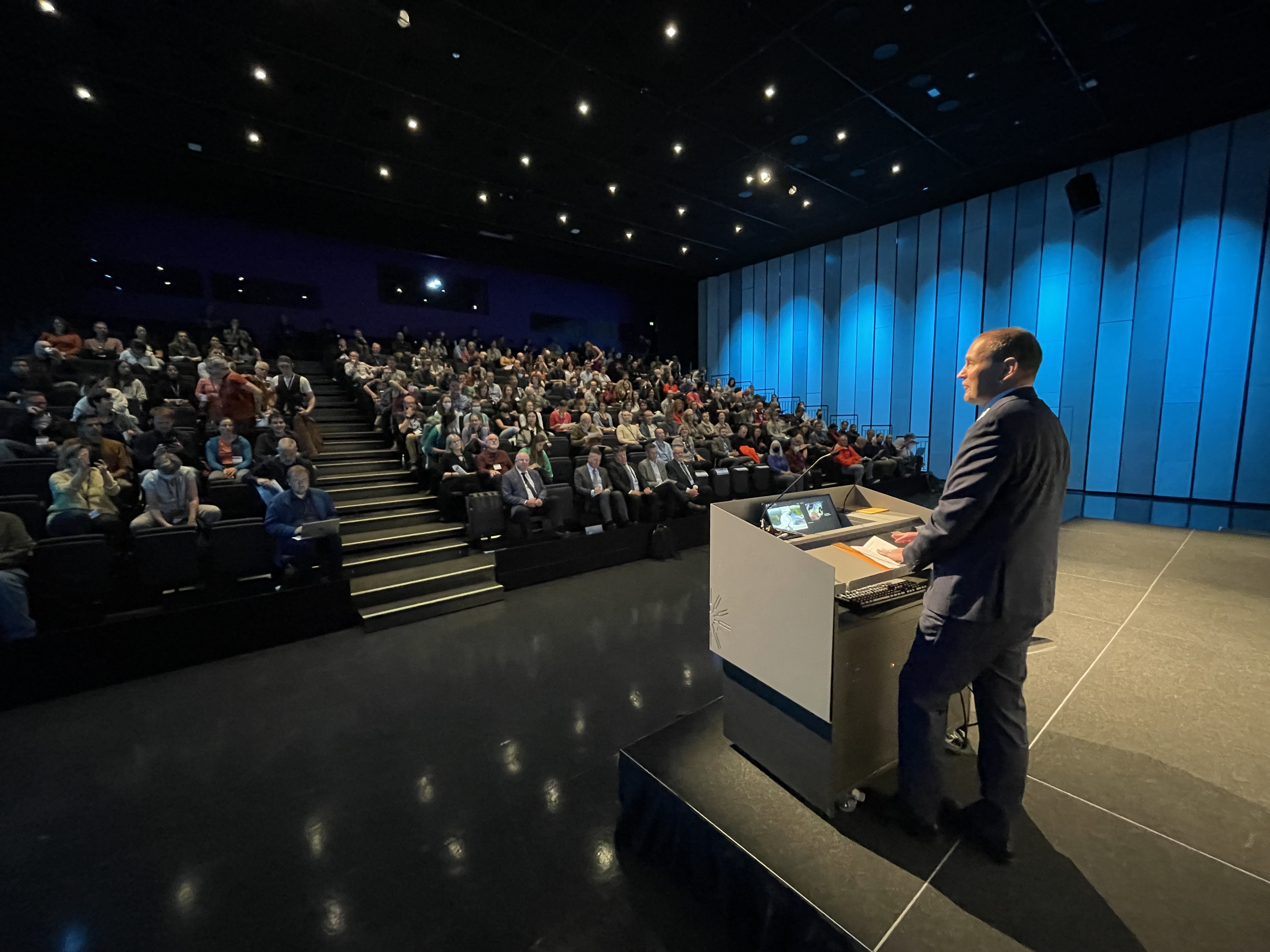