Antarctica: How will the frozen continent respond to global warming?

The Antarctic ice sheet is one of the most prominent topographic features on the planet. About 60% of all freshwater on Earth is locked up in the ice sheet, holding the potential to raise global sea-level by 58 meters. Data from marine sediments yield information on the timing of initial ice sheet buildup 35 million years ago and deep ice-core records from Antarctica have provided exceptional records of climate and atmospheric history 800,000 years back in time. Fast-flowing ice streams drain the West Antarctic Ice Sheet into huge ice shelves which provide back stress and stabilize the ice sheet. In this century, loss of ice from Antarctica into the oceans has increased rapidly, reaching ~55% of the contribution of Greenland in the period 2006–2015. Most of the mass loss has occurred from the West Antarctic Ice Sheet and the Antarctic Peninsula, where melting of ice shelves by warming ocean waters has led to dynamic thinning of major outlet glaciers. Slight increases in snowfall offset the mass loss from glaciers and the East Antarctic ice sheet has remained close to balance. In recent years, modelling studies have focused on marine-ice-sheet instabilities, whereby thinning of ice shelves and calving ice fronts leads to grounding line retreat, initiating feedbacks that could make the retreat irreversible. Some researchers think West-Antarctica may already have passed a threshold for irreversible collapse through this process. Presentations in this session can cover, but are not limited to, the following topics: 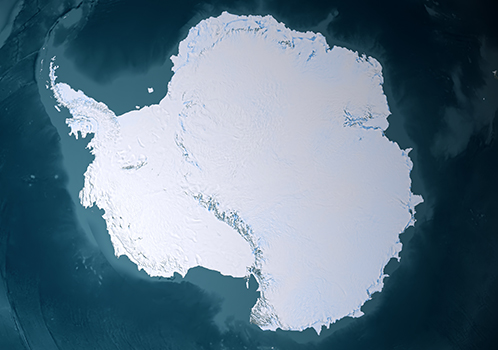