Interactions between the oceans and the cryosphere play a key role in the Earth system. The oceans have taken up 90% of the excess heat due to warming of the global atmosphere during the past half century, causing changes in cryospheric components in contact with the ocean water. The retreat of Arctic sea ice is leading to summertime opening of an entirely new open-water ocean on the planet, with far-reaching consequences for the climate system. Thermal expansion of the oceans and the combined annual loss of ice from the world's two large ice sheets and smaller glaciers and ice caps are the largest contributors to sea-level rise, which has accelerated during this century. Warming around Greenland has recently caused an increase in the melting of ice in contact with ocean water but scientists debate whether increased freshwater delivery from the Greenland ice sheet has initiated a slowdown in the formation of deep water in the North Atlantic Ocean. The potential destabilization of sectors of the Antarctic Ice Sheet due to rising sea level is also an important topic in current research. Presentations in this session will highlight the above-mentioned topics, with special emphasis on possible tipping points in the ocean-cryosphere system.

• Transfer of water between the oceans and snow and ice masses on land
• Changes in ocean heat content
• Effects of declining Arctic sea-ice cover on the climate system
• Effects of oceanic warming on tidewater glaciers
• Potential changes in deepwater formation in the N-Atlantic ocean
• A UN Decade of Ocean Science for Sustainable Development 2021–2030: The polar dimension 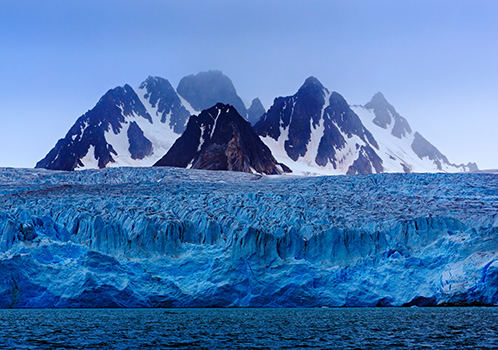