The cryosphere consists mostly of frozen water and the Earth's snow and ice masses contain 75% of the planet's freshwater. During mid-winter in the Northern Hemisphere, approximately 104 km3 of water are locked up as snow cover on mountain ranges from Alaska to the Himalayas. In the 21st century, climatic warming is projected to increase snow and ice melt in high-mountain areas. The associated hydrological changes will affect rural and urban communities around the Asian water towers and in the Andean mountains. Crop production and hydropower generation, which relies on snowmelt and glacial meltwater in many mountainous regions of the world, will have to adapt to changes in seasonal runoff. Changes in the duration and thickness of lake and river-ice cover in cold regions affect lake evaporation, nutrient/sediment fluxes, aquatic ecosystems and transportation on ice roads. The discharge of rivers flowing through regions of continuous permafrost into the Arctic Ocean is sensitive to Arctic warming and increasing freshwater delivery may influence circulation and sea-ice formation in the Arctic Ocean, which in turn may influence the global climate. Presentations in this session can cover, but are not limited to, the following topics:

• Changes in seasonality of river runoff in snow- and glacier-dominated river basins;
• Projections of future changes in runoff in partly snow-covered and/or glaciated basins;
• Governance/management of river basins in response to changes in snow and ice melt runoff;
• Cryosphere-related flooding;
• Interaction of Arctic rivers with the cryosphere;
• Changes in water quality and ecosystems associated with glacier decline.
• Education, capacity building and international cooperation 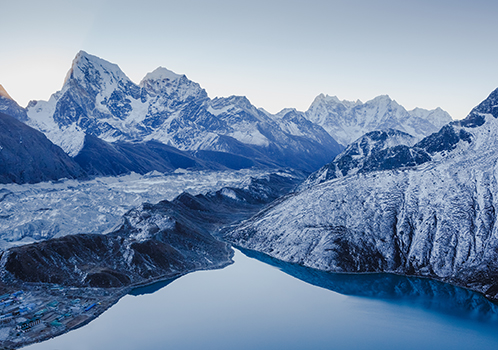