The Greenland ice sheet in a warmer climate

The Greenland ice sheet is the largest ice mass in the Northern Hemisphere, playing an important role in the Arctic climate system. If all the ice in Greenland melted, global sea level would rise by 7 m. Glaciation was initiated in Greenland more than 10 million years ago but evidence from deep ice cores and radio echo-sounding indicates that the continuous age-sequence of layers in the current ice sheet only reaches into the Eemian interglacial (~130,000 years BP). Significant warming has been detected over the ice sheet during the last 30 years, leading to increasing duration and intensity of melt-events. During recent years, the Greenland ice sheet has probably been the single largest contributor to ongoing global sea-level rise from land sources. Modelling studies suggest that meltwater delivery from the ice sheet may raise sea-level by up to 0.3 m during this century. Recent studies have focused on constraining the relative contributions of surface mass balance and dynamic thinning of outlet glaciers to the total mass loss. Intensive research is also being carried out on the response of the subglacial hydrological system in South Greenland to increased surface melting, on the dynamics of fast-flowing ice streams like the Jakobshavn Isbræ and on the stability of the North-East Greenland Ice Stream in a warmer climate. Presentations in this session can cover, but are not limited to, the following topics: 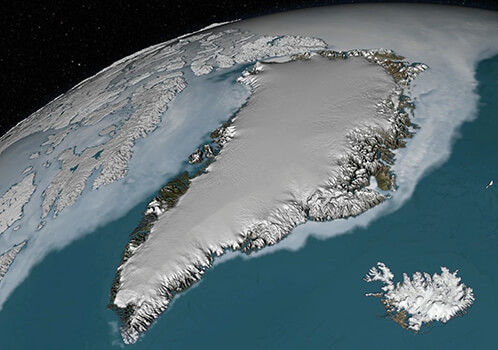